Time to “listen” once again at SU – StudentePlein

“The evidence in this film is indicative of the unstable place that Afrikaans has at SU, of the systemic dismantling of Afrikaans as a rich academic medium, and of the contempt for students’ language needs. The SU management has deliberately abolished Afrikaans over the past six years and the consequences thereof are selfevident in the film,” a statement from StudentePlein reads.

The film’s title, Listen, alludes to the title of the video Luister that was released in 2015 to express students’ experiences of alleged cases of exclusion by Afrikaans.

“The purpose of Listen is not to negate or invalidate the versions and experiences in Luister. On the contrary, Luister revealed and sparked important discussions about language and language policy at SU at the time. Six years later, however, the landscape on the SU campus has changed dramatically. The pendulum has swung too far in the other direction, and it is time to listen to new experiences and realities from scratch.”

StudentePlein is approaching SU’s Transformation Office with a request to contribute to the distribution of Listen with the same zeal as with the distribution of Luister. In response to the Democratic Alliance’s fact-finding mission on campus regarding the ban on Afrikaans in residences, the Transformation Office, in collaboration with Open Stellenbosch, created awareness earlier this year about the existence of the 2015 film Luister.

“It will be interesting to see if the Transformation Office will take the experiences of all students equally seriously.”

However, the experiences in Listen are just a drop in the ocean since many Afrikaans students can identify with the experiences, but are not necessarily willing to appear on a film.

“To begin with, there are several StudentePlein members who resonate with the experiences in the film, but who are not comfortable talking about it on a public platform. This is completely understandable given the impression already created in Stellenbosch, namely that it is retrospective and divisive to take part in discussions about Afrikaans language issues. It is a narrative that is about to change – a new generation of students and prospective students have strong feelings about the meaning of language.”

The bravery and greatness of spirit of the students who do appear in Listen should encourage the Afrikaans-speaking community to even more intensive participation in the language debate. 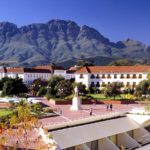